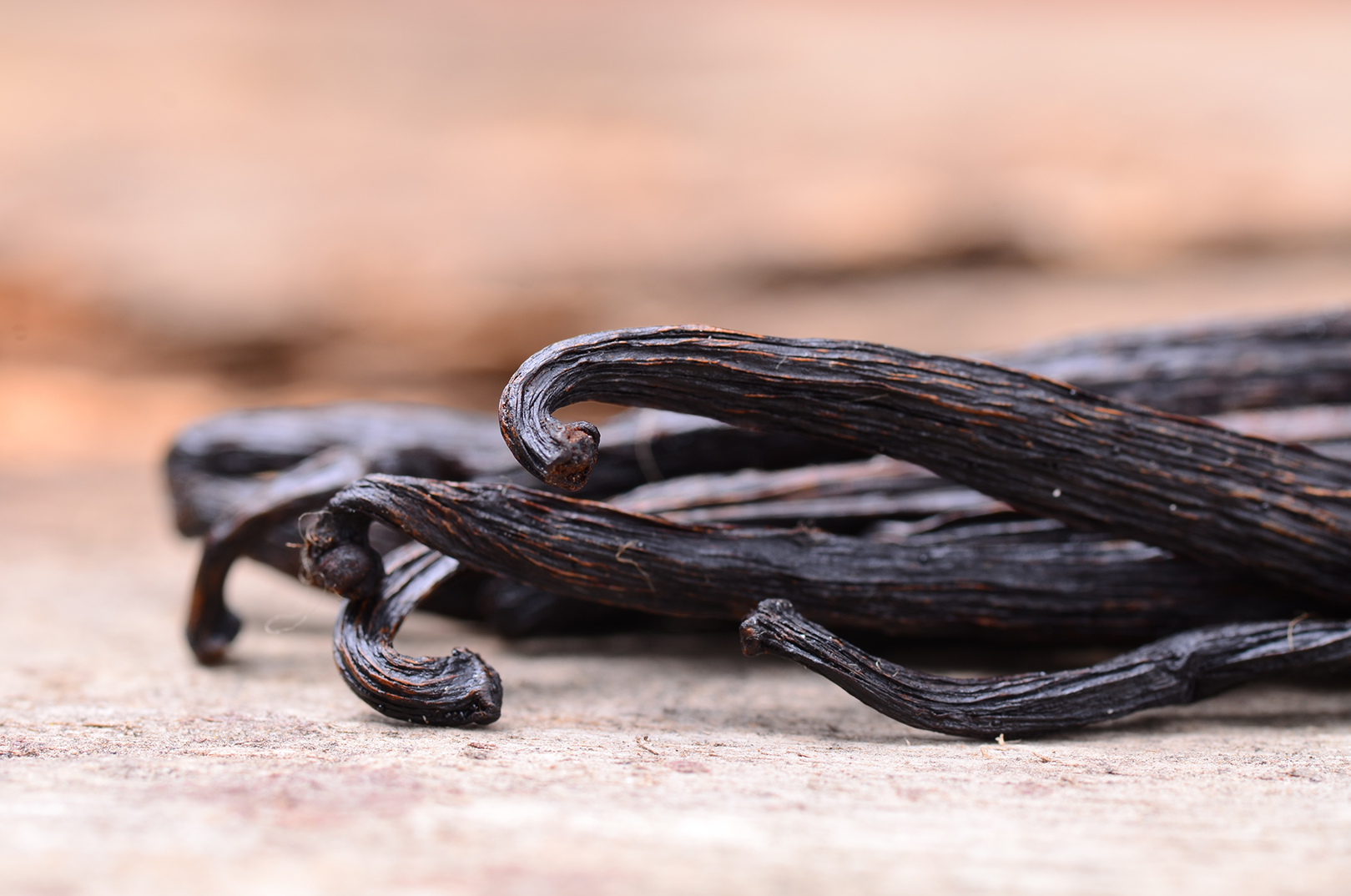 DO YOU REALLY KNOW WHAT VANILLA IS?

We have prepared a special report on vanilla for the introduction of this new high-quality product in our company. Give us the pleasure to make room for Chantale Caron, Vanilla exporter and owner of the Colibri Vanille company to explain in detail what vanilla is. First, she will explain where the different types of vanilla come from. Then she will tell you about her many collaborators and finally, she will give you a general overview of the international vanilla export situation. We have also prepared two recipes that you should definitely try.

Stay tuned for the next texts.

Almost all the vanillas in the world are derived from vanilla from Mexico. It is a liana of the orchid family, the only known edible orchid.

There are more than a hundred species of the genus Vanilla, but only five are currently grown to produce the pods we eat. Some are heavily marketed, while others, less well known, are mostly consumed locally in parts of Central and South America.

Like wines, vanilla differs in taste according to the terroir. Vanillin, the main responsible for the flavor of vanilla is present in all types, but it is often in the hundreds of other less powerful compounds that the terroir of the different vanillas is expressed.

The different types of vanilla

Colibri Vanille and its collaborators

Being herself the owner of a vanilla plantation in Costa Rica. Mrs. Caron knows the workings of the business and all the love that must be given to orchid plants to develop beautiful pods. The process of creating beautiful pods is quite arduous. After the harvest, the pods must be handled every day so that the vanillin can circulate. It must also be dried in the sun in the morning until noon. Afterward, the sun will be too strong and may burn the beans. Once dry, the vanilla beans need to be handled every day to keep their suppleness and to let the internal moisture out.

On the island of Madagascar, it is especially in the north-eastern part of the country that almost all the vanilla is produced and it is in these regions that the vanillas that I propose to you are cultivated. They come from two distinct terroirs: Mananara and Sava.

In Indonesia, I work mainly with Indah Arnaélis, in the Tangerang region. As Indonesia does not have a tradition of vanilla production like Madagascar, the work we do together has allowed us to develop a high-quality product that we are pleased to offer you, through Hector Larivée’s network. These new techniques now allow him to offer a quality that will open the doors of the most demanding buyers in the world because my dearest wish is to see it prosper.

In Costa Rica, I work with two women producers in the Sarapiqui region. The two women are cousins who share their knowledge and work tools. Their lands are not contiguous but are close enough to each other that their vanillas have almost the same characteristics.

Both produce highly fragrant giant vanilla with candied cherry, marzipan, and cocoa flavours. This close collaboration has led to the creation of very strong friendships over the years…

Other steps are being taken to represent producers from Brazil, Tahiti and Reunion Island, etc.

In the meantime, please find below the schedule of supplies we receive annually.

As the harvest season arrives at different times of the year, new lots are always coming in according to the seasons. In general, Colibri Vanille always maintains four or five vanilla sources at the same time.

Hector larivée and the vanilla

For a few years now, Hector Larivée has been offering Papua New Guinea vanilla, vanilla developed in the eastern part of Indonesia. However, we have decided to change course a little to offer our customers exceptional vanilla at a price that beats all competition by doing business with the Colibri Vanille company. These handcrafted vanillas are bought in a fair way directly from the producers. International intermediaries are therefore eliminated from the purchasing process. Buying Colibri Vanille vanilla from Hector Larivée means supporting small families of producers who are in fact paid about 5 times more than the large aggregators.